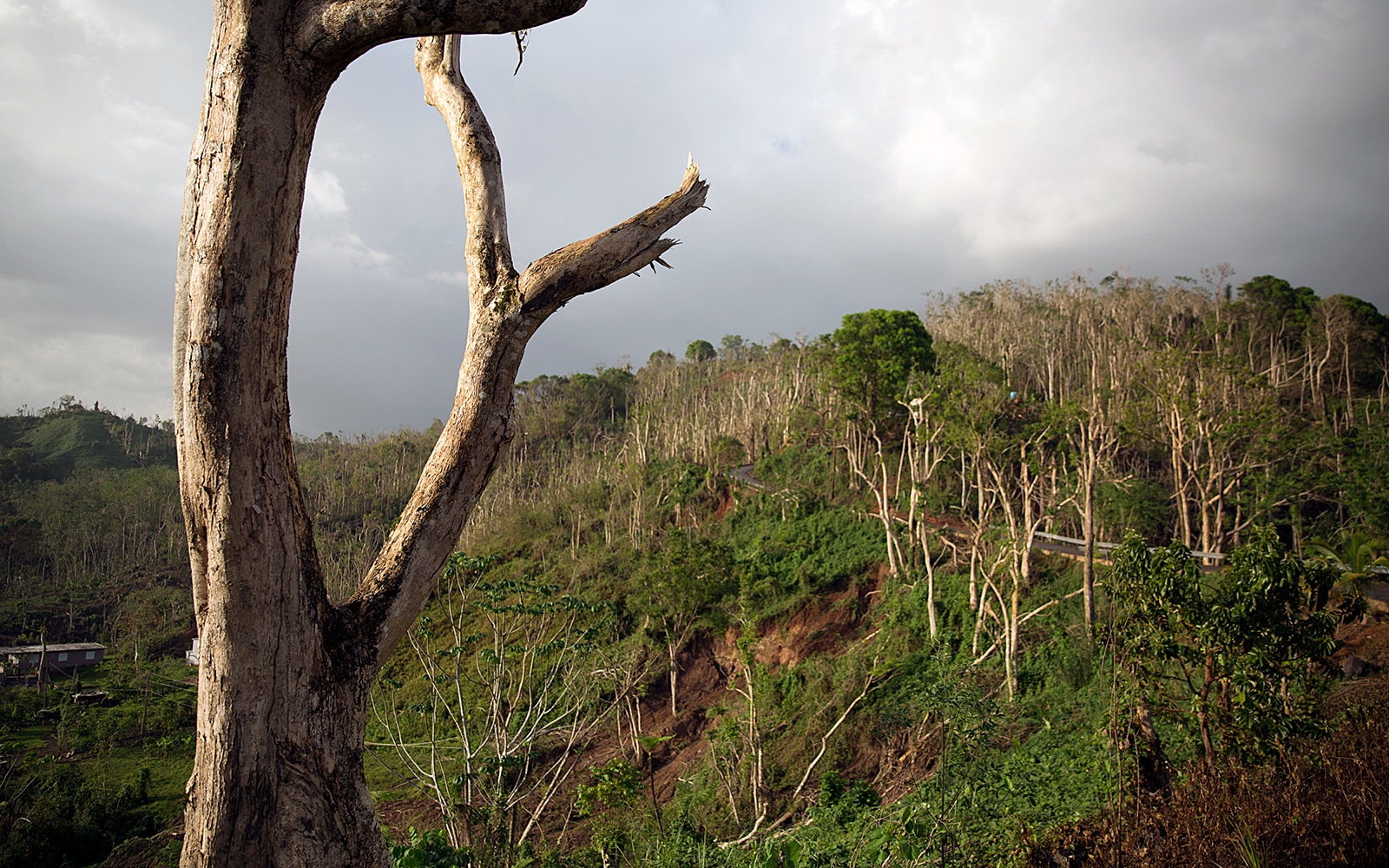 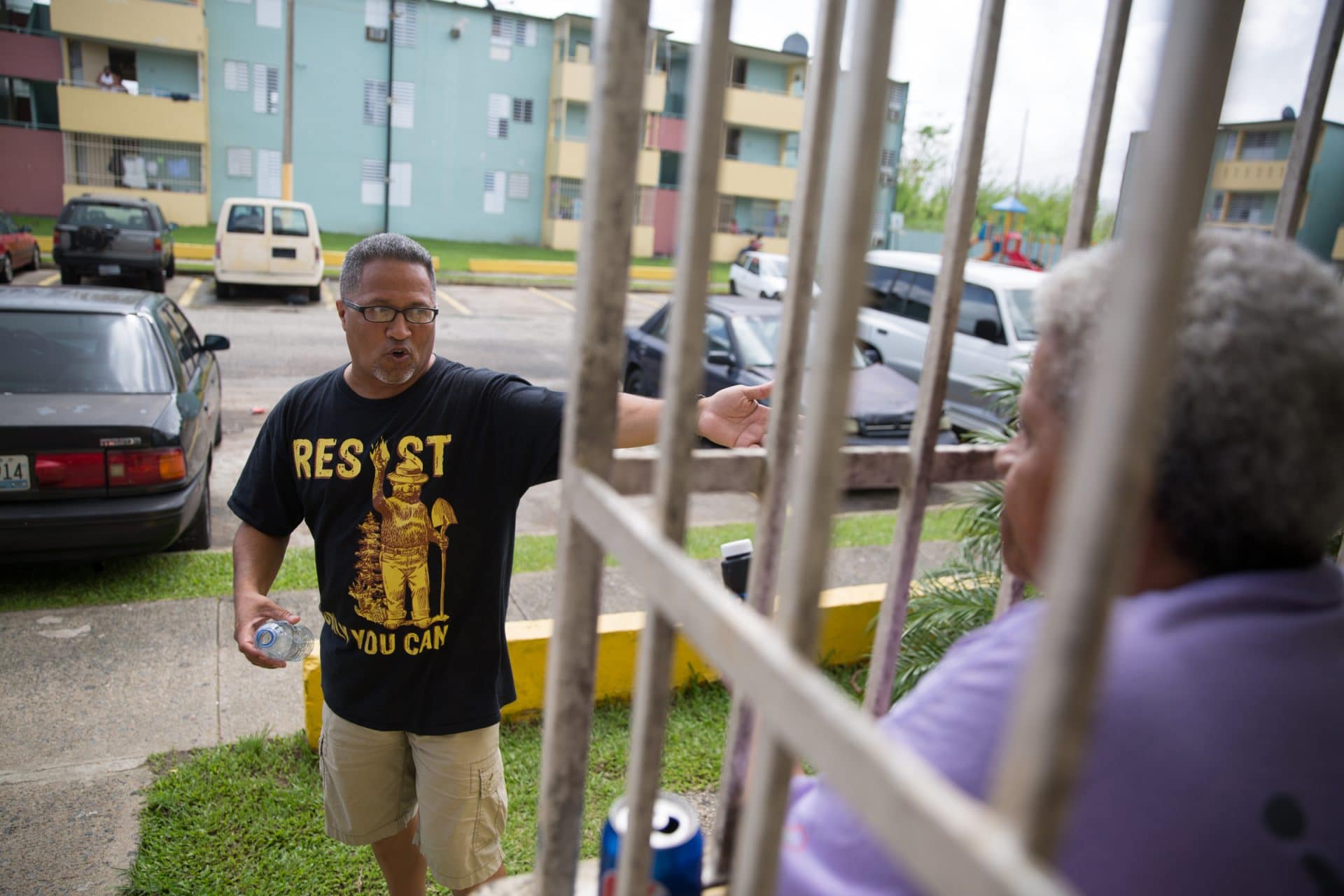 CAGUAS, PUERTO RICO – In the weeks following the storm, volunteers from the mainland organized their relief efforts to bring supplies to the island. Above, former Hartford city councilman Luis Cotto gives out supplies to residents who hadn’t yet seen any relief workers -- nearly four weeks after the hurricane hit. 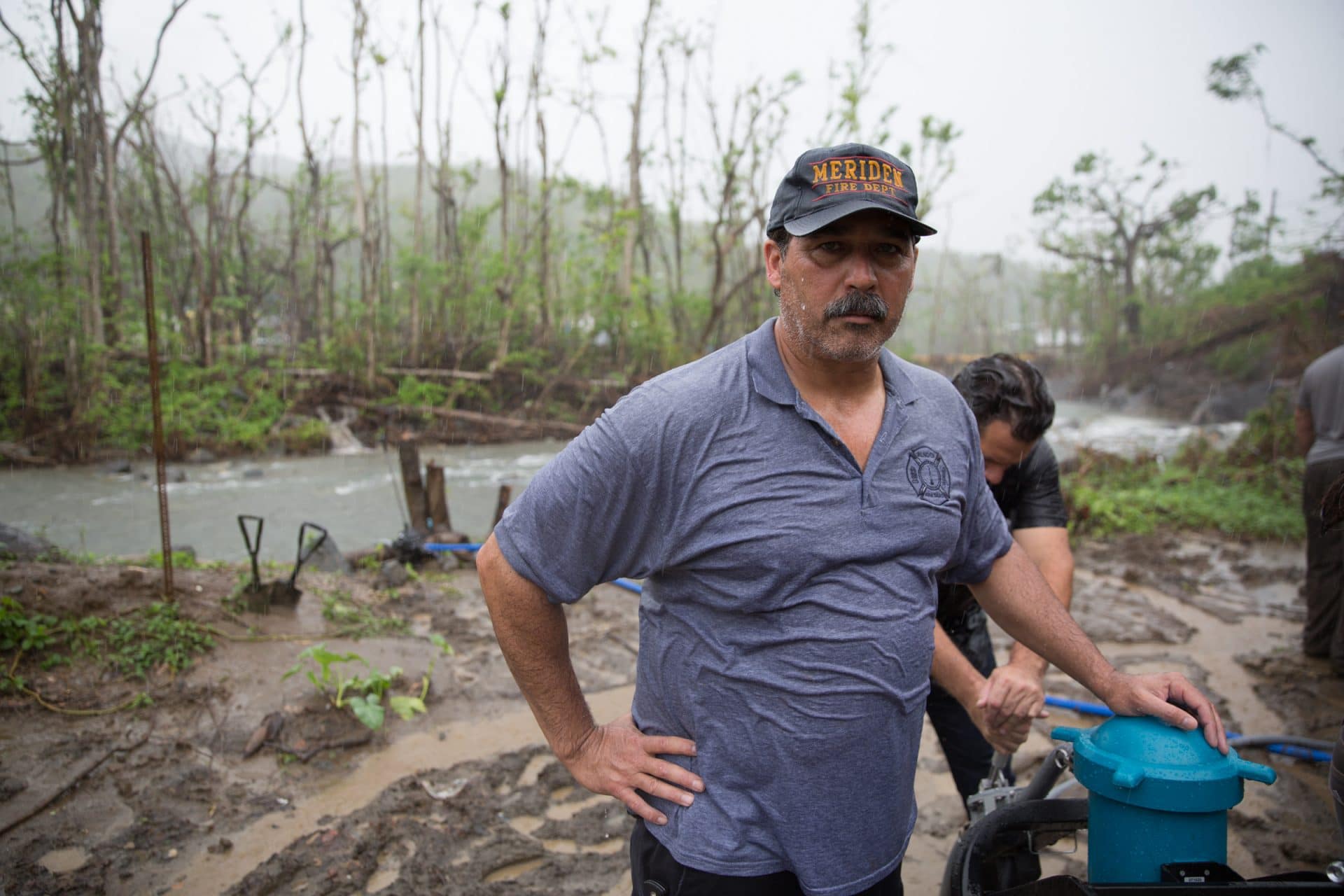 SALINAS, PUERTO RICO – Water was also in short supply in many remote towns across the island. Danny Torres, (pictured above) of Meriden, Connecticut, joined a cohort of volunteers and veterans from Connecticut traveling the island with their own water purifying system to give residents clean water. 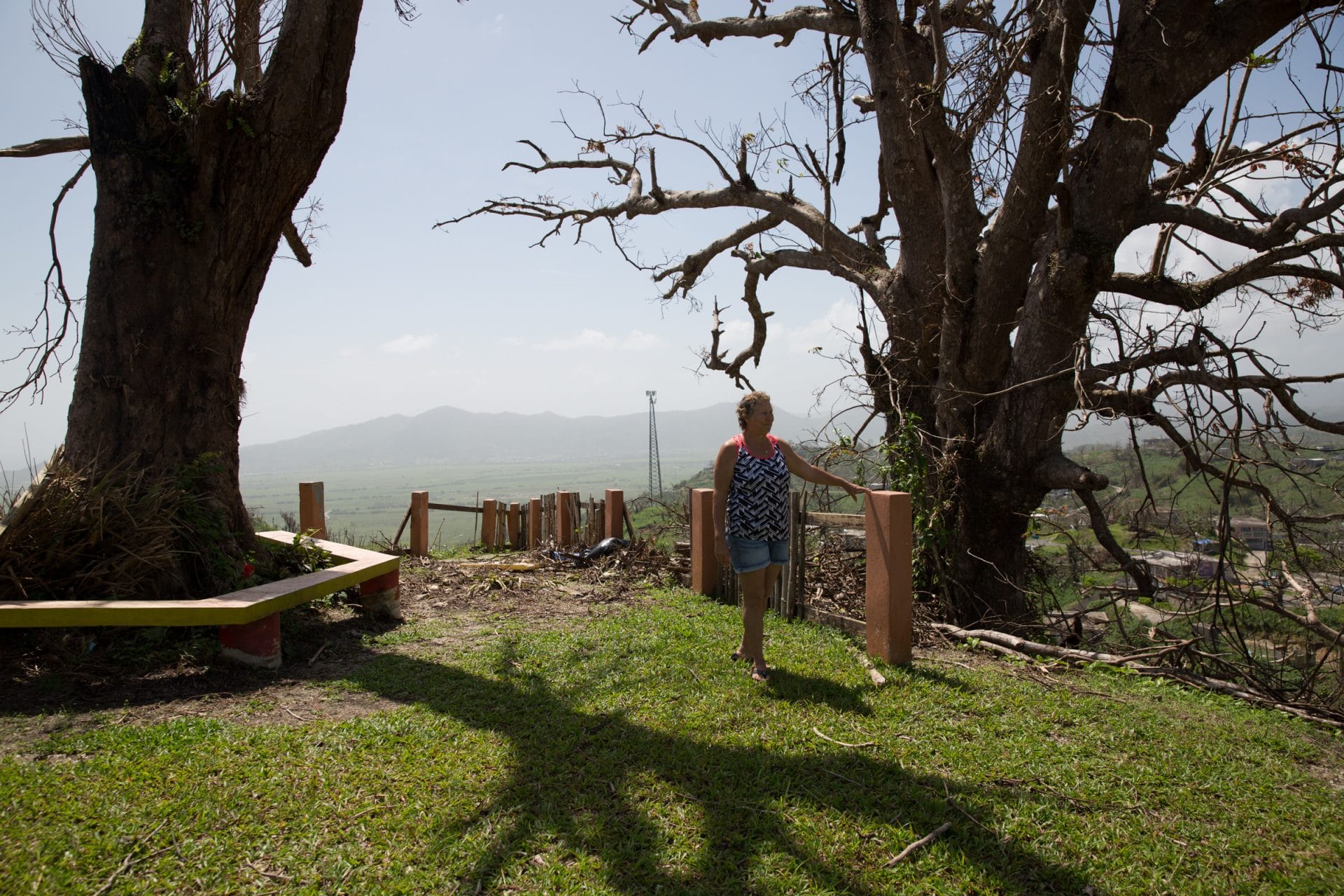 HUMACAO, PUERTO RICO – The hurricane first touched down on the eastern side of the island. Standing on top of one of the town’s highest peaks, Rosalina Abreú said this area was a shaded paradise before Maria. After the hurricane, she served hundreds of meals there for people in need.

HARTFORD, CONNECTICUT – Thousands of Puerto Ricans fled the island to live with family in Connecticut. Guillermo Class (right) sold his car to fly his two sons back to the mainland. Above, he walks with his son Joemar (right) on his first day of school at Bulkeley High School. 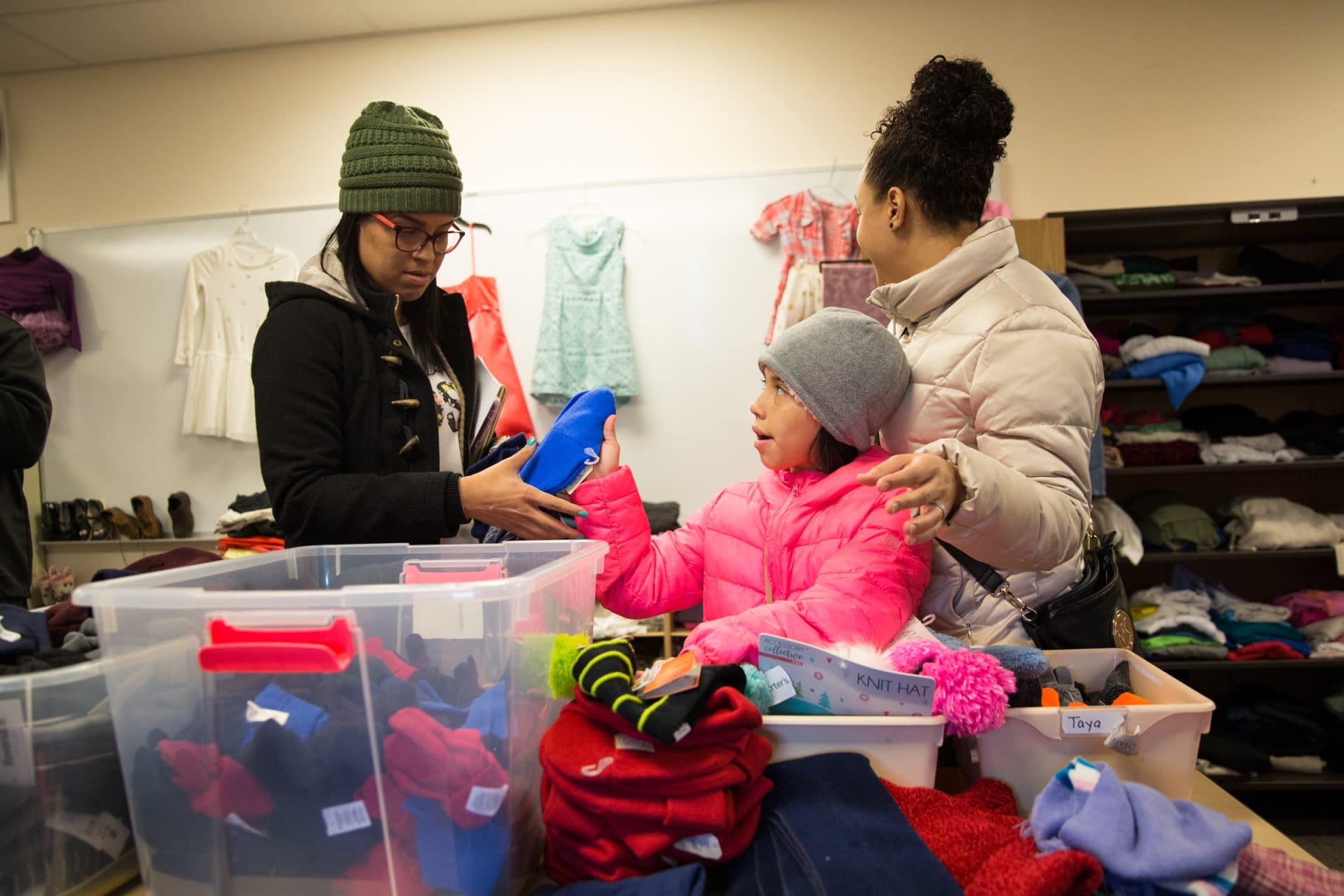 HARTFORD, CONNECTICUT – As winter in New England winter started to set in, many families displaced by Maria were in need of warmer clothing and other supplies. The bigger concern was finding a permanent place to live. 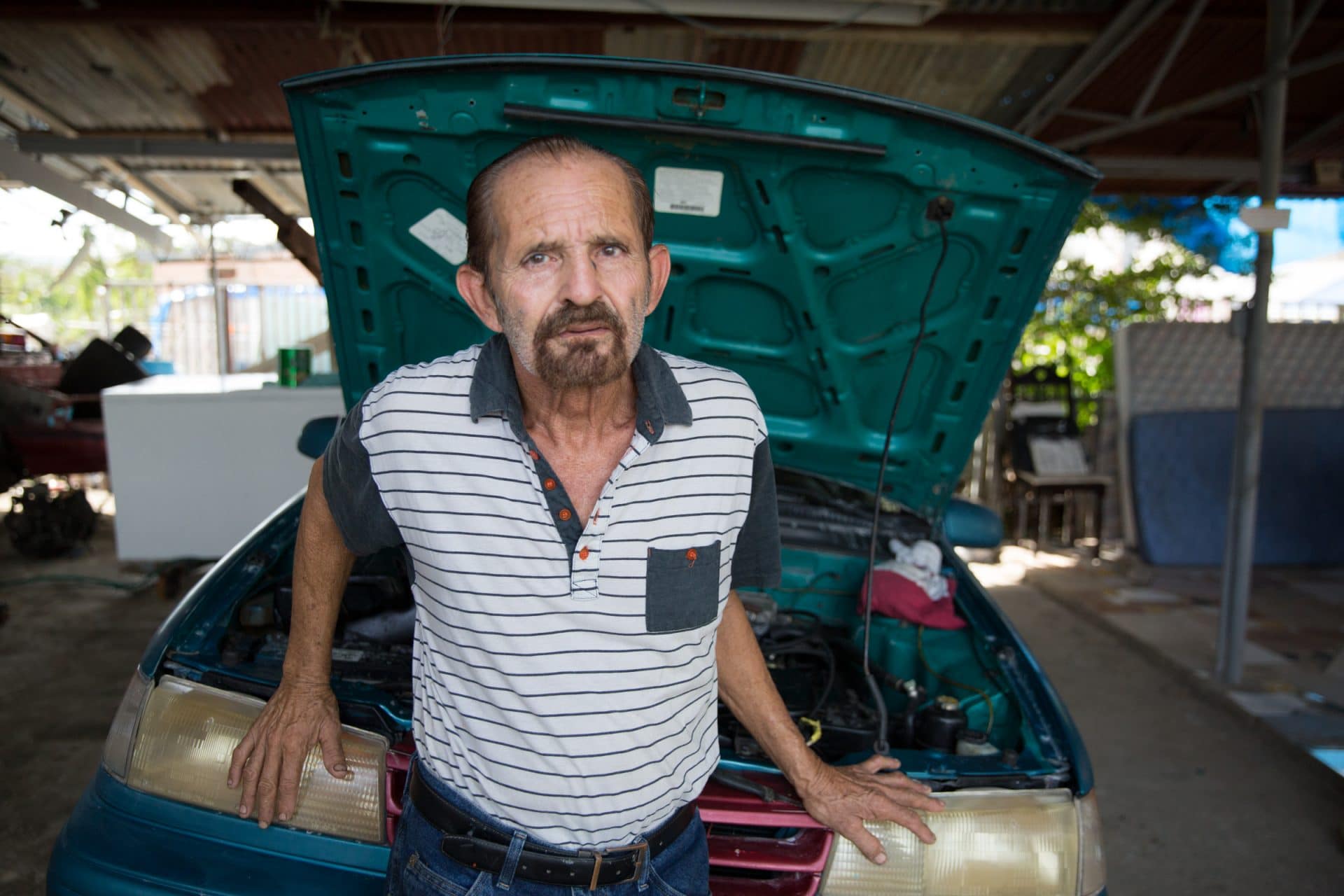 VALLE HILL, PUERTO RICO – On the island, the hurricane had exacerbated problems that predated the storm. Residents in Alberto Diaz’s neighborhood continually suffered flooding because their neighborhood was built in a federal wetland. But many residents there couldn’t get FEMA help after Maria because they didn’t have title for their properties.

CAYEY, PUERTO RICO – But an island can’t live Hurricane Maria 24 hours a day. In the town of Cayey, a non-profit opens its doors every weekend for people to sing, dance, and take a break from the ongoing recovery. When there was no electricity,, they used candles and lanterns to light the room.

"The Island Next Door" Documentary

One year after Hurricane Maria made landfall in Puerto Rico, Connecticut Public presents a documentary featuring people of Puerto Rico and Connecticut, and the stories of how their lives have been changed by the storm. Stream on demand here, at CPTV.org or CPTV Passport

Since then, Connecticut Public Radio’s reporters have covered the aftermath of the storm both from the mainland and from the island’s streets and mountains because – with 300,000 state residents who claim island roots – Hurricane Maria is a local story.

The week in CT news: Remembering Sandy Hook, East Granby gun incident, Puerto Rican statehood Frankie and Johnny mark one decade since the Sandy Hook shooting, discuss a gun incident at an East Granby elementary school, and note a long-shot push for Puerto Rican statehood.
Posted: Last month
The week in CT news: Hurricane Fiona, Alex Jones testifies, Aaron Judge chases 61 Frankie & Johnny: Sept. 23, 2022. Topics this week include Hurricane Fiona's impact on Puerto Rico, testimony in Connecticut from defendant Alex Jones in the Sandy Hook defamation trial, and New York ...
Posted: 4 months ago
Connecticut officials respond with aid and calls for assistance to powerless Puerto Rico In 2019, Connecticut was home to the sixth-largest concentration of Puerto Ricans in the United States.
Posted: 4 months ago
Photos: Puerto Rico Four Years After Hurricane Maria View the ongoing rebuilding and daily life photographed during the filming of Connecticut Public’s documentary Cutline - Los de María: Four Years After the Hurricane.
Posted: Over a year ago
LISTEN: Puerto Rico "Still In Dire Need Of Recovery" From Hurricane Maria Reporter Brenda Leon talks with John Henry Smith about her visit to Puerto Rico nearly 4 years after Hurricane Maria
Posted: Over a year ago
Out Of Service? State No Longer Recommends Puerto Rican Evacuees Dial 211 Connecticut has released more funding to help evacuees from Puerto Rico -- but the state isn’t recommending that people call 211 to connect with the…
Posted: Over 2 years ago

Click the markers in the map to see our stories by location.

The Island Next Door is a reporting project that came out of the recognition that Hurricane Maria was a distant storm with a local impact.

Begun in the WNPR newsroom, this project aims to tell the stories that link New England and Puerto Rico — finding the people, places, successes and challenges on the island and the mainland today.

The Island Next Door has been honored with several national, regional and local awards including: